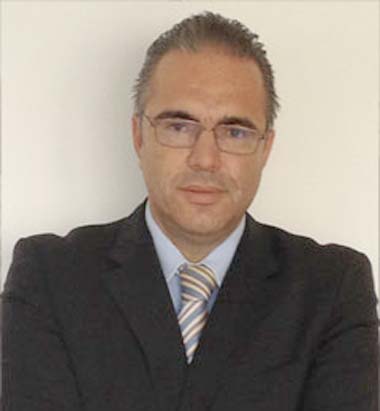 Mr. Solomis is the Founder and Executive Chairman of House of Investment (HOI), a boutique investment firm based out of Nicosia, Cyprus dealing in the areas of private equity, investments and mergers & acquisitions.  The firm has developed presence and is active in the markets of Cyprus, Greece, Russia and the Middle East with special focus on the Kingdom of Saudi Arabia dealing primarily in the fields of Real Estate and Hospitality, Banking and Oil & Gas.

As of February 19th 2014, Mr. Solomis, has been appointed as a Special Envoy of the President of the Republic of Cyprus on the Kingdom of Saudi Arabia and GCC Affairs concerning investments in the areas of Energy, Tourism, Real Estate, Shipping and Infrastructure related projects. Mr. Solomis will be reporting directly to the President of the Cyprus Republic on all investment related matters in order to ensure the consistent implementation of any entrepreneurial and investment proposals coming from the Kingdom of Saudi Arabia and/or any other GCC Countries.

Mr. Solomis up to very recently has held the post of Executive Director of the Leptos Group of Companies and Vice Chairman of the Hotel & Tourism division.  Mr. Solomis was a key member of the senior executive team of the Group which in essence assumed the responsibility for all key investment decisions.  He led since its inception the development of the Neapolis Smart EcoCity, an ambitious mixed-use urban development which represents one of the largest and most innovative projects in SE Europe.

Mr. Solomis began his career in 1990 when he joined Texaco Inc. in Los Angeles as a Manager in the Strategic Planning Department.  In 1994 he joined Arthur D. Little as a Sr. Manager/Director in its Global Management Consulting Practice at its Boston head offices.  Under his capacity as Director for Arthur D. Little, which was his most recent post before returning to Cyprus, Mr. Solomis has assisted a number of Multinational Organisations worldwide on Strategy Development and Corporate Finance.

Following his return to Cyprus in 1999, Mr. Solomis has held the post of senior Executive Director with the NK Shacolas Group of Companies and Managing Director for Severis & Athienitis Financial Services Ltd.  During this period he had an instrumental role in some of the largest merger and acquisition deals in Cyprus.

Mr. Solomis holds the titles of MBA Finance and MSc Operations Research /Economic Systems of the California and Stanford Universities, and the title of BSc in Applied Mathematics and Statistics.  Mr. Solomis is also an active member of the Royal Institution of Chartered Surveyors (MRICS) with area of specialization in Real Estate Investments and Finance and a frequent speaker in many major real estate and finance forums in Europe and the Middle East.